not even the captain 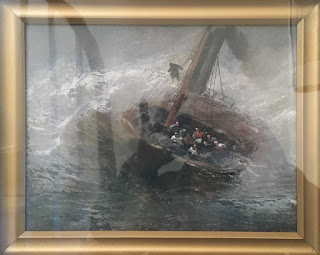 Theresa May should let Britain leave without a deal

Brian Hill - [Blog: One Piece a Week]Brian has been 50 years a poet. One-time designer and film-maker; long ago, the rhyme-slinger, cartoon cowboy, and planetarium poet; now feverishly stringing words together in the hope of making sense.