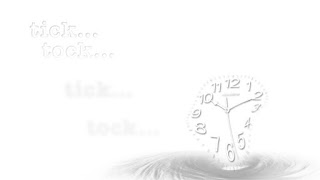 hellos goodbyes
how time flies
no more lies!
come on! we were the ones (the eons) whose half-open eyes
witnessed the end of history when concrete came and the jungle
and the wild tiger made lion-hearted prey for our predator metal
our digging in the dirt as we dug for gold for gem and stone
for thick black oil to flame and grease the open palms of tomorrow

Final call to save the world from 'climate catastrophe'

Brian Hill. 50 years a poet. One-time designer and film-maker; long ago, the rhyme-slinger, cartoon cowboy, and planetarium poet; now feverishly stringing words together in the hope of making sense.
Brian blogs as Scumdadio (don’t ask).
Posted by Poetry24 at 23:30

Janine Booth lives in Hackney, East London. She writes and performs poetry, and has had three slim volumes of poetry published. Janine posts poems and political polemics at www.janinebooth.com
Posted by Poetry24 at 08:06

The names of pain have raced, through the roads.

the blood kept pouring from all pores.

when the powerful harked back to

came out in force for the dance

What waltzing feet, what peace skitters to hide

In the lavish royal hall,

their splayed fingers flicker through

The zealots applaud, another crackling war

They believe, it could be beautiful

or the shape of a pole dancer

whose endless pleasure is in warping-around

the burnt bones of the Yemenis


Khaloud Al-Muttalibi is a poet and translator. Her poetry has been published in a number of literary magazines and journals, including After the Pause, The Glasgow Review of Books,The Paragon,Ygdrasil and Ink Sweat & Tears.
Posted by Poetry24 at 23:30

The limo was speeding;
Revellers inside celebrating with
Champagne.

Maelstrom of lights, flashing
From emergency services
The clear up began;
Areas gradually open up
New York returning to normal.

Amanda Derry joined a Creative Writing class, following a breakdown, which played a significant role in her recovery. She now embeds literacy skills into classes that she teaches. Amanda also runs the Facebook Group, I Love Writing.
Posted by Poetry24 at 08:00

It Is Always About Placement

I remain fascinated by the placement
of articles, finding revelations in the margins,
the empty spaces that outline the view

today, side by side, an artist staged a surprise
shredding of his painting that sold for
$1.4 million at a Sotheby’s auction,

while next door, in the Congo, 50 villagers burned
to death, hoping to salvage leaking fuel from an
over-turned tanker truck before it burst into flames –

A Banksy painting sold at auction for $1.4 million — then automatically shredded itself

Uphold the rule of law
you may find this a bore
prefer to point the finger
let allegations linger -
the stories inexact.
consolidated, backed.
And lives may not recover
your husband's, wife’s, or brother’s
we all know mud can stick
some people can be thick
claim allegation's fact
applaud when you are sacked
the grey areas dismissing
all fine distinctions missing -

assuming you're the rogue
when witch-hunts are in vogue.
One day you may be tried
accused, because someone lied -
be charged, awaiting trial
your private life on file.

Yes, felons can go free
and innocents found guilty
though law is not foolproof
without it we’re uncouth.

Under A Strange Occupation

The stars and stripes fly,
The Hawaii state flag flies,
The Hawaiian Kingdom flag does not.

Under this 'strange occupation',
By 'fraudulent annexation',
Of the sacred archipelago.

James Schwartz is a poet, slam performer, writer and author of four poetry collections including "The Literary Party: Growing Up Gay and Amish in America" and most recently "Punatic" (Writing Knights Press). http://literaryparty.blogspot.com Twitter: @queeraspoetry
Posted by Poetry24 at 23:30

That Was the MUSE That Was

So many with willies,
I tested and tried,
occasionally one
will take your side -

one in a million;
most will be snide -
slate you and hate you
and rule by divide.

I learned to touch the dead

For you I become
Our lady of corpses

Half clown half saint -
Our lady of rites and remains

I learned to stand with the mournful
my hands folded like fake prayers
Privy to their
mutterings, their seance of flowers
And shaken leaves and broken sticks -
loitering with their whispering and sighing
and pathos
for they know the clouds are wonders
and that the jumping blackbird is
singing messages from the dead
to the living.

Too late
too late -

they do not answer.

Let our messenger
of solace
be but one blade of the greenest grass shivering
let time stretch out
and her green heart weep.

Plastic Penguins in the Zoo

I have grazed the Internet
For news articles
Which left me uninspired
We are sick of Brexit;
Just let May and Johnson get a room
And fight over what's left of the time
To sort an unsolveable problem.

I could have chosen Stormy Daniels' new book;
The only reason anyone's reading it
Is to find the size of Trump's manhood
But sleazy and forgettable would probably summise-
Even Bill and Monica's indiscretion
Comparitively had some sort of class.

Kavanaugh is America's patriachy
Though I as a woman am wary to comment
On anything to do with MeToo
Trump says these are worrying times for young men;
I don't disagree,
All out war has been implemented
As women have had enough
On the sexual front.

Women's pension age over sixty has been raised;
Those affected had no notice
Pensions offices slapped with complaints
From females, just left work,
With nowhere financially to go
The UK Government says the average age for mortality is rising-
Don't you know.

So I've chosen the relatively safe topic of penguins;
Unfortunately attacked by an outbreak of malaria
The new batch promised at the Exotic zoo
Couldn't go
They filled the compound with plastic ones-
A bit deflating, true.

Amanda Derry joined a Creative Writing class, following a breakdown, which played a significant role in her recovery. She now embeds literacy skills into classes that she teaches. Amanda also runs the Facebook Group, I Love Writing.
Posted by Poetry24 at 08:00

Seeing as how no-one’s
Tied to any
Shore
Anymore – and
We’re, most
Of us
Kicking over
The traces

Why then has
Grandpa
Got
Double-braces on!

'Days they dictate to us are over': Poland vows to build Baltic Sea canal to bypass Russia

...Since we’ve
‘Bitten
The dust’
Our jaws
Have grown
The most
Improbable
Prose
Garden.

We hear Victoria is divorcing Dolores;
we shrug and say, “O tempora o mores”.
We have become accustomed to change
and nothing seems particularly strange.
It is accepted that no one will disparage
decisions made regarding a marriage,
whether it's one involving mixed races
or one that the same gender embraces.
People are tolerant, even broad-minded
but if they are not they will be reminded
the act on equality and diversity applies
and contravention would be very unwise.
Yet there are those who still beseech
to be allowed to use freedom of speech,
to be forthright and call a spade a spade;
a step some believe to be retrograde.
Others, perhaps, will sit on the fence
in case their opinions may cause offence.

Luigi Pagano has published three collections of poems: ‘Idle Thoughts’, ’Reflections’ and ‘Poetry On Tap’. His work has been featured in ABCTales’ magazines, UKAuthors’ anthologies, Poetry24 and several other publications.
Posted by Poetry24 at 08:00

A Penguin deficit has been reported
yet penguins look best in a huddle
a scattering of penguins can look sparse
it’s a curse for penguins trying to keep warm.
Bring on the fake penguins
waiting solidly in the wings -
put one here, and another by this rock
put a real fish in this one’s mouth.
zoo punters will never know.
Let’s disguise this paucity of penguins
let the penguin experience be upheld.

And let those in the know wonder
what real penguins really think about the imposters.

Britannia’s pawned her trident and her shield,

Both flecked with rust, they didn’t fetch much brass.
The British lion’s fucked off to some far field,
To dream nostalgic dreams in veldt-like grass.

We’re out of Europe, crippled by the bill
And no-one wants to buy what we don’t make.
Britannia’s mangy lion is dreaming still
And crown and state dislike the word “mistake”.

The MayBot’s will be done: a grand event
To set the doubters’ doubting tongues to rest.
Pomp and glory: a statement of intent.
Something Victorian. A Britain-fest!

So roll up, folks, roll up. Come, one and all,
Help celebrate this septic isle’s story.
The latest chapter’s likely to appal,
Full of UKIP pricks and boorish Tories.

The main enclosure’s decked out to the max,
‘Made in Taiwan’ flags and Poundland bunting.
Here’s Nigel Farage clutching pint and fag.
What dozy git let that rotten —

Moving swiftly on, the Rees-Mogg tent is
Open for tea and monocle repairs.
A pale sideshow freak ex-‘The Apprentice’
Is spouting racist bilge, but no-one cares.

Prince Harry’s due on soon. He’s followed by
A fly-past of the RAF’s last planes
(A huge formation V-sign in the sky)
And then a marching band unless it rains.

Neil Fulwood lives and works in Nottingham. His poetry has been published in various journals, zines and anthologies. His debut collection No Avoiding It is published by Shoestring Press; he is currently working on volume two.
Posted by Poetry24 at 23:30

She claimed he’d tried to rape her.
He called her a liar.
She said he was a clumsy drunk.
He exploded like a mad man.
She said she could never forget.
He said it never happened.
She said he ruined her life.
He said she ruined his.
She made trauma her life’s work.
He recited his credentials.
Every white man who nodded to her,
but will vote for him, has a secret
he prays will never surface.
No winners in this fight.

Kavanaugh and Ford to testify in Senate hearing: Key players to watch

Nancy Scott, author of nine collections of poetry and a novella, often writes about social justice, but none has caught American's imagination recently like this one, the entitlement of privilege.
Posted by Poetry24 at 23:30