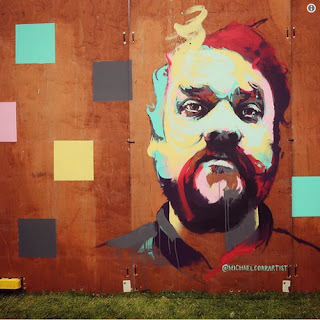 sea calmed you in the landslide days
covered you with its translucent green light
your eyes’ weeping in another wet.

away now
that’s you away

Brian Hill. 50 years a poet. One-time designer and film-maker; long ago, the rhyme-slinger, cartoon cowboy, and planetarium poet; now feverishly stringing words together in the hope of making sense.
Brian blogs as Scumdadio (don’t ask).
Posted by Martin at 08:00