A Little Less Trouble For The State 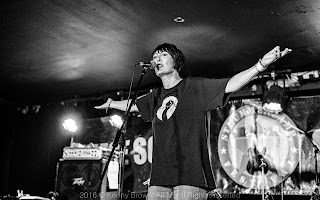 a little less trouble for the state.
No need to bother with interpreters,
it doesn't really matter what he says.

Locked away, stuck in isolation,
for the major crime of pilfering sweets.
Found five times in a suicidal way
but at least he's not free to roam the streets.

37 minutes ticked by,
the bell was rung, ignored, and rung again.
An accidental death is "appalling",
but a little less trouble for the state.

Prison is a "challenging experience",
said the minister for prisons, afterwards;
"it is clear there were failings in the management"
and valuable lessons have been learned.

Were the 37 minutes accidental?
Was ignoring all the cries for help a fluke?
Did they think his suicide was unintentional?
A coincidental hanging by the neck?

The investigation's over now, it's "tragic",
and they'll never make the same "mistake" again.
But there's one less little Lithuanian,
and a little less trouble for the state.

Laura Taylor has been obsessed with words and language since her early childhood, and believes in the power of poetry as a means by which silent voices speak and hidden ears listen.
https://www.writeoutloud.net/profiles/laurataylor
Posted by Martin at 08:00