They Called Him Peter

They called him Peter. She
lived with him for six months,
day and night. Speech was
a struggle for him, especially
her name, Margaret; he found
‘M’ really difficult to vocalise,
but he practised hard. At last, he
managed to say, ‘Hello, Margaret,’
heaving and bubbling with relief.
Clearly, they had created a unique
bond, were learning possibilities
for deeper communication, but then
interest dwindled, funding was cut,
the experiment terminated and Peter,

separated from Margaret, was moved
to a smaller tank with little sunlight
and no more interaction. So he did
what dolphins do when life becomes
unbearable; he breathed and sank,

an inter-species communication
needing no interpretation when
he didn’t take the next breath. 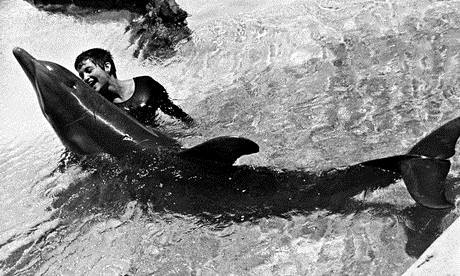 The dolphin who loved me

Sue lives and writes in York
Posted by Martin at 08:00