This week we began by welcoming a new contributor, Mac Dunlop, whose poem 'Poll Position' was a pithy response to this week's election results and the announcement by Nigel Farage that he and UKIP candidates will be 'serious players' at the forthcoming general election.  Here at Poetry23 we extend our thanks to Mac for choosing to submit his work here. Nasty Farage, however, is quite a different matter and we hope to be seeing much less of him soon.

Our poet of the day on Tuesday was Kristina England whose 'Another day, another shooting' reflections on yet another shooting, this time at Santa Barbara and wonders 'why this sickness is spreading' and 'if there's something we've missed'. Thanks, Kristina for putting into words something of what many of us feel in the face of these repeated tragedies.

Wednesday's poem, 'Hillsborough Revisited'  came from David Subacchi. It is a piece which brings our attention back, in my opinion, quite rightly to the long and bitter struggle for justice that has been the lot of all those families touched by that tragedy.  We sincerely hope that they are on their way to finding some closure.

Thursday's poem was another powerful and moving piece, 'A Young Girl Cries' by Sue Norton. Sue draws our attention to the horrific cruelty that is female genital mutilation.  I remember seeing a television documentary on this subject nearly two decades ago. At the time I thought - I was younger, less cynical - that the response must be outrage and that the practice surely must be eradicated. There was no such response, no eradication. This time, we must do something. This time we must act.

We ended the week on Friday with David Mellor and his poem 'Sleep Walking'. David reminds us of the dangers we are currently facing here in the UK.

And this week we also said farewell to a woman who was inspirational both as a poet and as a woman. She was, as Toni Morrison has pointed out, 'a real original'. 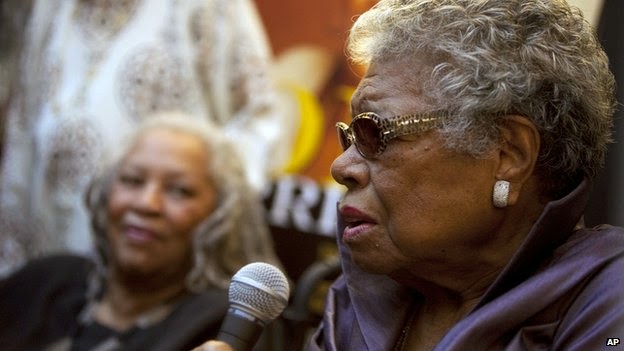 Have a peaceful and productive week. Abigail Wyatt