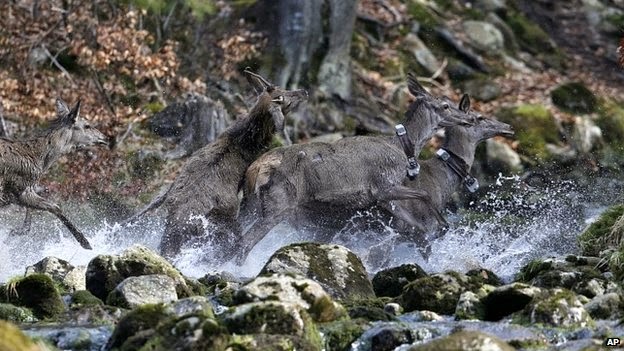 Sue Norton is a regular contributor to Poetry24 and is greatly valued as such.
Posted by Martin at 22:37

'A Place of Safety' 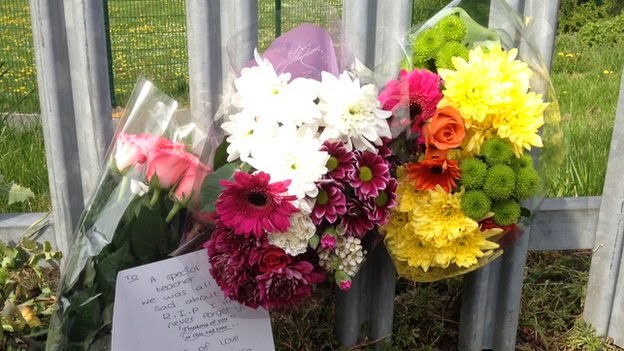 Over the Easter holiday,
did your do your preparation,
your marking,
your reports,
your revision notes?

Did you worry about who
would need extra help
and who might fall apart
in the exam?

Did you wish you had
more time to devote to your family,
especially with the weather
being warm?

Did you wish you had time
to visit a friend,
make cupcakes,
read that book
gathering dust by your bed?

Did you grumble about it
but settle down anyway,
fuelled by coffee and an egg
you opened early?

Did you think about the calories
and then think To hell with it!
I hope you enjoyed
every bite.

The policeman reports
that it was over very quickly
and that schools
'are very safe places'.

When you chose
to be a teacher,
you knew
it would be hard.

I doubt, though,
you thought
about this.

Abigail Wyatt writes poetry and short fiction. For most of her working life she was a teacher of English in the state system. She is all too aware of how easily this could have happened to her.
Posted by Martin at 09:00

'The Hunters of Laval, Quebec' 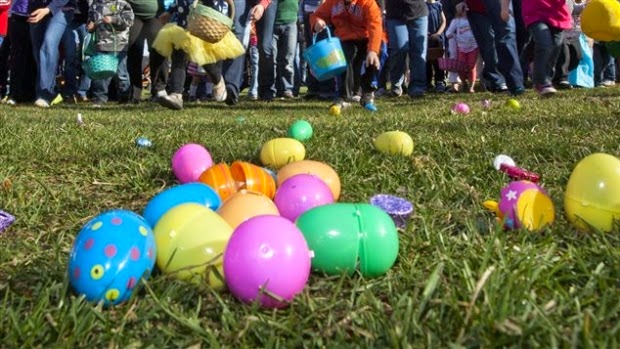 They arrive in mass, ready to compete.
Impatient, they remove a fence
before given the go-ahead,
stampede a field of fun.
Hungry for candy-filled prizes,
they knock down children,
steal plastic eggs from baskets,
leave little ones empty-handed.
Identified as parents, caregivers,
you might have mistaken them
for bloodhounds instead.
But, that's fine.  The two are
often indistinguishable
these days.
©Kristina England

Kristina England resides in Worcester, Massachusetts.  Her writing is published or forthcoming at Borderlands: Texas Poetry Review, Gargoyle, New Verse News, Poetry24, and other magazines.
Posted by Martin at 08:00

On Your Wife Kissing a Politician and Woman Dies in Fire by Kristina England featured this week dealing with marital breakdown and the questions they raise. I think that the last stanza of 'Woman Dies in Fire' sum it up for me. Great imagery and great understanding.

Marital beds uncomfortable from such heat,
neighboring wives toss and turn,
then pace through the halls of their rural homes,
sleep some ghost of itself
drifting in and out
of their walls.
James Besant's "Time to Go" gave the Poetry24 laser look at political waffle and what it really means.
And for our families there is relief
No sudden shocks; bewildered grief
Time for goodbyes, long or brief
Yet still the tears will flow.
A special mention for James as he included a soundcloud link to hear him read his poem.
As is usual at Poetry24, good poems are followed by more good poems and Sue Norton's Easter in Ansan, South Korea gave a high definition look at the grief and desolation that people in Ansan are experiencing. It is exemplified in the two lines:
Parents, grandparents, weep at Easter’s tomb,


sealed with steel.  Blossom wilts, tired as hope.
"Tired as hope" is wonderful.
My country, New Zealand has many links to the Sherpa people so we have been interested in their industrail action on Everest. Rachel Mulholland's "Priceless Paths" summed up the situation with clarity and empathy. A rare, very valuable combination.


And money will be lost in a
snow covered bubble which
may be unfair but a kind of
price to pay and hardly as much
as the bodies we have had to weigh.
I hope you all have a good, productive week. Please find time to send some good vibrations to Abi's shoulder which is not behaving itself. My family and I are having a jolly good holiday in Melbourne Australia and I hope that your week will be as good as ours. keep sending in your poems.
Posted by Martin at 08:00

We’re tired of climbing
our mountain for you,
hauling up your lack of

preparation and propping
up your well-healed egos two
to one. You pay us well for

our quiet feet but not for
our silenced dead. So this
season we just might cancel

your party of ungrateful guests.
And money will be lost in a
snow covered bubble which

may be unfair but a kind of
price to pay and hardly as much
as the bodies we have had to weigh.

Rachel Mulholland, 27, is from Dundalk, Ireland. She teaches English in Galicia, Spain and is currently working on a novel and her first collection of poems.


Laid in rows outside the school, flowers in bud
wreathed in cellophane. They’ll not bloom now.
Hundreds of children lie in the water, under
the hull of the boat. Only their texts escaped,
rising like bubbles from final  breaths. This
may be my last chance to say I love you.
Parents, grandparents, weep at Easter’s tomb,
sealed with steel.  Blossom wilts, tired as hope.
Teenaged neighbours circle the school, clasp hands,
heads bowed. They leave flowers and chocolate eggs
no one will want to eat. Stay Alive, say the labels, but
no one can roll back the weight of what has happened here. Ansan The town of missing children
Posted by Martin at 11:17

Remembering Catherine Novack and others like her
Arms reaching up to heaven,
she's a martyred version of herself -
the dedicated wife, the stay-at-home mom.
Her husband a paramedic,
strayed too far from home,
then blamed his faults on her
with the quick flick of a match.
The family dog lies in its crate,
unresponsive, keeps her company,
the basement their carbon monoxide tomb.
Her once sturdy home caves in
as neighbors wake, think the fire a rising sun,
day exploding into their lives,
bright with mystery,
the word "why" radiating their tongues.
Marital beds uncomfortable from such heat,
neighboring wives toss and turn,
then pace through the halls of their rural homes,
sleep some ghost of itself
drifting in and out
of their walls.
Paramedic murderer of Narrowsburg
©Kristina England
Kristina England resides in Worcester, Massachusetts.  Her writing is published or forthcoming at Borderlands: Texas Poetry Review, Gargoyle, New Verse News, Poetry24, and other magazines.
We do not, as a rule, publish two poems from the same author in the same week, but I felt that the poems were on  a similar theme and of a similar high quality. HM
Posted by Martin at 08:00

Would that we all had a say
In that moment, the very day
That death sends us upon our way
To the oblivion we know nought of.

There is a gain for the state
An easy pension to calculate
At whatever is the going rate
But going where? Below or above?

And for our families there is relief
No sudden shocks; bewildered grief
Time for goodbyes, long or brief
Yet still the tears will flow.

But what power to us to have that choice
Of saying "That's enough" and give it voice
To know when you're ready to rejoice
And celebrate your life now it's time to go.

© James Bessant 2014
Steve Webb says death date estimate would help pensioners
James has provided a Soundcloud Link to hear him read his poem.  https://soundcloud.com/j-bessant/time-to-go
James lives in London with his family, and has been writing stories and poems for some years. He blogs when he can at http://jamesbessant.blogspot.co.uk/

On Your Wife Kissing a Politician

To Heath Peacock
The peacock is the bird of war,
yet you lower your feathers
the very first time your mate
dances for another male.
I know betrayal is hard,
but what of your love?
Where is the strength in your plumage?
Where is your conflicted stance?
Take your mount.
Raise your flag.
Fight for what is yours.
Then again,
walking away from such games
to focus on your children,
maybe that's the battle call
that speaks loudest
of all.
Husband on "kissing Congressman".
©Kristina England
Kristina England resides in Worcester, Massachusetts.  Her writing is published or forthcoming at Borderlands: Texas Poetry Review, Gargoyle, New Verse News, Poetry24, and other magazines.
Posted by Martin at 08:39

Email ThisBlogThis!Share to TwitterShare to FacebookShare to Pinterest
Labels: Kristina England, On Your Wife Kissing a Politician

I hope that over this long holiday weekend everyone has enjoyed some sunshine.  Here in Cornwall the weather has been a little on the blowy side but still warm and bright. Today is Saturday and I have just returned from an afternoon spent celebrating my mother's eighty-fifth birthday: flowers, presents and huge servings of cake have all featured heavily. In fact. truth to tell, it was only ten minutes ago that I remembered about the review. I must confess to having had a glass of wine a little earlier so apologies in advance for any typos that may creep in.
So, we began the week with 'No make-up selfie' by Niamh Hill, a poem which which touches on my own experience in as much as, five years ago today, my mother was celebrating her birthday in hospital where she had recently undergone at very short notice a full mastectomy.  It was a traumatic time for her and we all feared for her safety, After all, at such an age, any major surgery carries a significant risk. What perhaps we didn't appreciate, at least until after the operation, was how difficult it would be for her to come to terms with her altered body. Tragically, too, my father died suddenly only a few weeks later. For my mother, after sixty years of marriage it was a testing year.
Then, a year later, I lost my best friend who, for ten years, had battled against breast cancer having been first diagnosed in her very early thirties. As I re-read Niamh's poem, I asked myself what she would have made of this business. I suspect that she would have tossed her head and said that she was sorry but there really was no comparison to be made between posting photographs of one's naked face and exposing the true face of this illness. My friend was beautiful and always full of life, even when she was dying. It became a point of honour to her always to look her very best.
Tuesday's poem was Melinda Rizzo's 'Kitchen Art', a delightfully visual response to the story about stolen artworks found hanging on the kitchen wall of a worker in a Fiat factory.  Like Melinda, 'I’d hang those masterpieces/ in my kitchen, too, if they were mine'.
On Wednesday our poem was 'David Cameron Speaks of Christian Faith in Easter Message by Sue Norton. This was a poem written in response to a development that I for one have found disturbing. I cannot help wondering whether someone has actually advised Mr Cameron that presenting himself as a kind of twenty-first century prophet is a good idea or whether he has thought it up all by himself. Either way, it's worrying. Profoundly worrying. Isn't it?
Thursday brought us to Steve Pottinger's poem 'the knock', a poem which marks not only the twenty-fifth anniversary of the Hillsborough tragedy but also the the long struggle of the families of those who lost their lives to achieve justice in the face of the intransigence of those who insisted there was no case to answer. It is to be hoped most sincerely that recent developments will help to bring those bereaved families a measure of peace.
We concluded the week with 'Ruining London', another poem by Sue Norton, this time about the the recent 'high-rise craze'.
'Greed sticks its shiny fingers up, it licks the city,
casts avaricious shadows disfiguring posterity.'

I love this ending. Thank you, Sue. Thank you, everyone. Have a good week.
Posted by Martin at 08:30