I must crave the forgiveness of all our contributors if I keep this week's review short and sweet. I am on stage this evening, the last night night in the world premier run of 'Doctor Nefarious and the Girl Who Knew Too Much', a spoof detective story/ musical written by my friend, and our director and day-time fire-fighter, David Carlisle. All things considered, the last two weeks have been fun but quite exhausting, so much so, in fact, that it was only at the eleventh hour that it permeated my consciousness that it was, indeed, my turn to write the Sunday Review.

So, we began on Monday with two poems rather than our more usual one: 'A Rebel With Many Causes' and 'Tony Benn' by Luigi Pagano and David R. Mellor respectively. Sadly, this was a departure from custom that was prompted by the loss over the weekend of a truly great man.  The coverage of his death in the mainstream media was often a little less than honest. Whilst finding themselves obliged to pay tribute to Mr Benn's undoubted abilities and to his energetic and lifelong commitment to conviction politics, some journalists nevertheless did their level best to present his Socialism as being almost laughable, an absurd and amusing irrelevance to be viewed with indulgence. For my part, I do not believe that, even at the end, Tony Benn would have seen it that we. As I said, a great loss - and a great example. Our thoughts are with his family and his many friends.

On Tuesday, Amy Barry gave us her poem 'The Missing Plane', a very powerful piece prompted by a story which continues to dominate the news. As usual, Amy's piece roused a number of our readers to comment. I urge you, if you missed this poem, to click on the link immediately.

The story behind Wednesday's poem was, in its own way, equally disturbing.  Kristina England sent us her 'Just Like That'.  The economy and flatness of this little poem really does hit hard. Confronted with stories like the one Kristina is responding to I cannot help but wonder how it has happened that we have come to this.

On Thursday, the poem of the day was 'Wave Hello' by Sue Norton. This piece was a response to the news that scientists working on a project known as 'Bicep 2' have recently discovered crucial evidence in support of the so-called 'Big Bang Theory'. Thank you for submitting, Sue, and giving us depth and variety in a week otherwise marked out by politics and catastrophe.

Finally, on Friday, I pulled rank and published my own 'To betray's in deepest consequence'. I am unrepentant. I was so incensed by the Tories' belief that we, 'the workers', can be bought off with beer and bingo that there was no way I was going to allow it to pass without public comment. Now, without further ado, I am off to The Melting Pot, Krowji. 'Break a leg' and 'beginners, please' and all that stuff. :-) 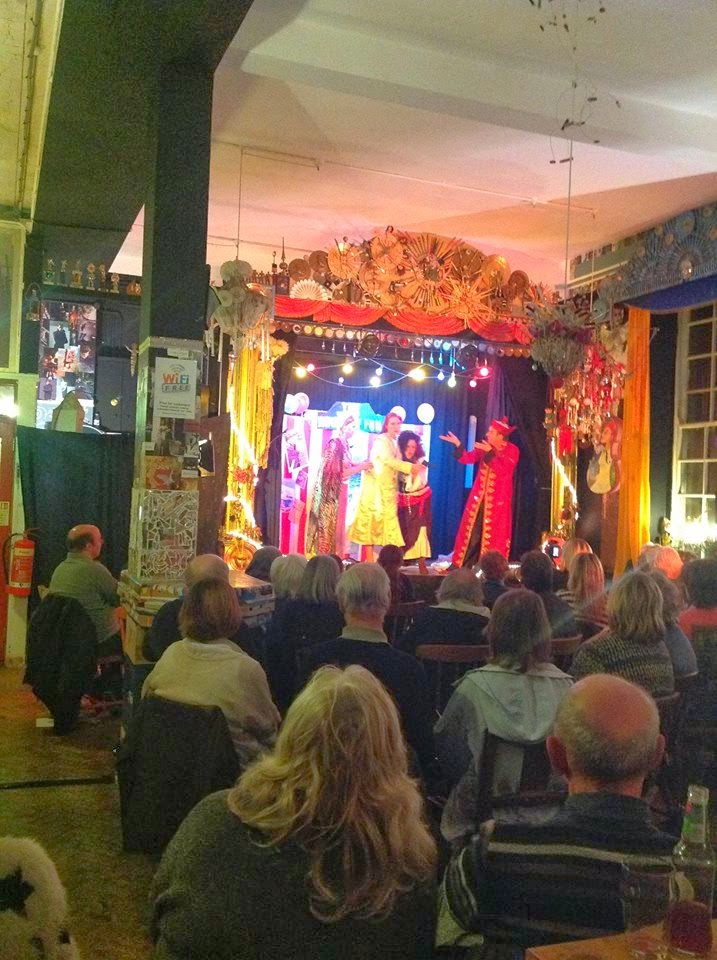