We started the week with a rousing 'Vox Populi': Stuff the Olympics/ and screw the Jubilee!  said Abigail Wyatt and David Rowland.

With something as appalling as the massacre of so many children in Houla, it's so hard to get the tone right in a poetic response. We struggled with several submissions relating to this - some too graphic or too simple - and chose Spring in Syria by Wendy Nicholson for it's unsettling use of the child-like sing-song limerick form.

From the death of many children, to the unsolved murder of another - Kushal Poddar's haunting Thirty Years Vintage touches on the solving of a notorious 'cold case' in New York where memories celebrate with salt and wound. Other kinds of criminal activity in the Vatican inspired Lavinia Kumar's The Butler/Priest Did It
The Eurovision Song Contest was big 'news' this side of the Atlantic. It can be a nasty affair with acts being slated, political voting and cries of 'foul!' so we enjoyed David Subacchi's sweet, nostalgic tribute to British entry Engelbert Humperdinck: The Last Waltz. (I'm taking bets how many poems we'll get with that title when The Hump pops his clogs!) 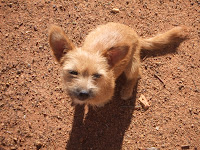 Have a great - stress-free - week!

Jim Bennett lives near Liverpool in the UK and is the author of 67 books, he has won many awards for his writing and performance and is managing editor of www.poetrykit.org.

An octogenarian granny,
With fortune quite simply uncanny,
Flew out of the blue
with a hullabaloo,
But still managed to fall on her f...eet!

Click below for the video - things start going wrong 2mins in