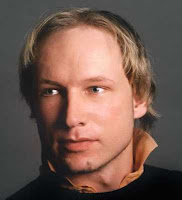 When I was given a gun
And trained to kill people,
I tried hard to imagine
Why anyone would want to kill me...
Or I them!
This memory surfaced when I saw...
The picture...
He didn't look like a monster
More like a Grattan's catalogue model
Air-brushed, posed, not quite 'cool'
With a sort of gloss...smooth, glazed
A carapace of self-righteous arrogance.
I thought of the other pictures...
Smiling, cheeky, open young faces
Life spread before them like a summer picnic
Again, I tried to enter his mind...his soul...
Like many before him, he saw himself a Messiah,
A crusader, rallying the faithful
To combat the forces of evil...
Throughout man's history his ilk are reviled
Or sanctified and lauded by their fellows...
When I was given a gun and trained to kill
My future too, lay before me
Like a summer picnic...but
Like him, I was to kill strangers
To contain the spreading of their creed
Like him, my leaders had no faith
That their own beliefs were unassailable.

Peter is 77, belongs to Rossington Writers' Group, Doncaster and writes short stories and poems  for his grandkids. He taught for forty years...mainly English.

Peter says: 'I did my National Service in the infantry immediately after the Korean War but I had been in the Civil Service and they needed a clerk in the Base Company Office so I spent a year in a rat-infested barrack-room in Kure, Japan...at least I didn't have to face folk who were trying to kill me!'
Posted by Poetry24 at 07:52